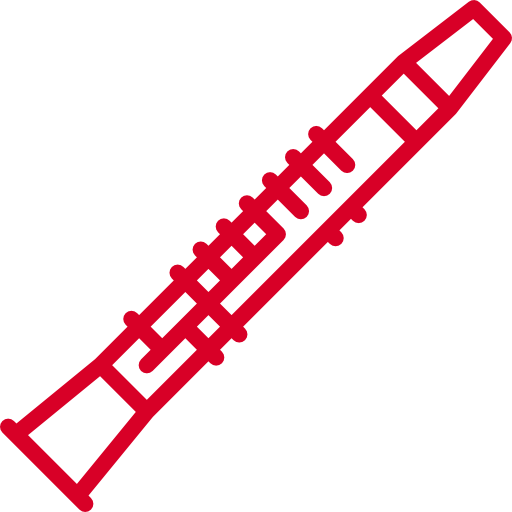 Clarinet
Maria Rosaria Della Ragione , born in Naples , She graduated from conservatory “Licinio Refice” in Italy ( Bachelor of Music ) and from Utrecht conservatory ( Master of Music ) under the guidance of Céleste Zewald.
In 2011 She formed with the Greek flutist Lina Tsiva the Kariatides Duo: a project based on a research of new sonorities and of a contemporary repertoire. With this ensemble Maria Rosaria performed at the Grachten festival Concour 2013, broadcasted on Radio 4, at the “Kuub, ruimte voor kunst & cultuur” (modern art gallery, Utrecht) and they recorded and performed the live soundtrack by Fanis Zachopoulos for the animation “Vitiligo” by the artist Fruzsina Nemes.
During the summer 2013 she was admitted in the prestigious Accademia Musicale Chigiana in Siena (Italy) for the summer master class with M° Alessandro Carbonare.
She is currently working as a performer with her two ensembles (Quatrìola Ensemble and Kariatides Duo) and as a teacher in the Netherlands. She is currently finishing her studies as paraveterinair at the LOI, a career that she will pursue alongside the one of professional musician.